Yes, ‘tis I. Marc Hershon — your humble host and seasonal perennial for Epi144 of Succotash, the Comedy Soundcast Soundcast. This is an installment of Succotash Chats, where we pin down some unlucky wretch from the world of soundcasting and interview the bejeezus out of them. 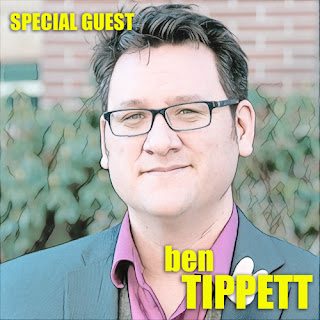 Our Special Guest this episode is Ben Tippett, host of the Titanium Physicists Podcast. I'm only calling it a podcast instead of a soundcast because that’s in the official title of the show. Plus Dr. Tippett insists on the term “podcast”. He’s not a fan of the soundcast moniker.

Ben's show is NOT a comedy soundcast in the classic meaning of the term. He is neither a comedian nor is the content overtly intended to be humorous. But, as you will see, he IS funny and the show itself leans heavily that way as well.

ALSO ON THE SHOW

In addition to our Special Guest Ben Tippet, we have a double dose of our Burst O’ Durst with political comedian and social commentator Will Durst and a dip into the Tweetsack. Plus we have what may be the last song by our old pal Abner Serd for a while — I tell you why towards the end of the show. And, of course, this installment of Succotash Chats is brought to you by our friends at Henderson’s Pants, exclusive makers of Santa Pants. 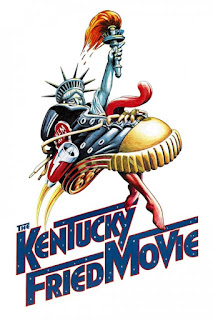 If you are going to be in the San Francisco area during January, chances are you will be in shouting distance of the 16th Annual S.F. Sketchfest. And I will be appearing not once but twice during this hallowed affair. On Sunday, January 15th, I will be moderating a panel before the 40th anniversary screening of Kentucky Fried Movie. I was just graduating high school when KFM came out and it was amazing. Bizarre, hilarious, and just great fun with a crazy cast, directed by John Landis, written and produced by the Zucker Brothers and Jim Abraham — the same guys who later brought us the Airplane! movies, the Police Squad TV series, which led directly to the Naked Gun movies. That will be at the Castro Theater in San Francisco.

And then a week later, on Sunday, January 22nd, I’ll be bringing Succotash to Sketchfest at 4 PM at Piano Fight  in the Tenderloin. We’ll have a live 90-minute show and  a great lineup of podcasters and comics. So for both or either of those shows, visit http://SFSketchfest.com to get tickets and further details.

JUST IN TIME FOR CHRISTMAS 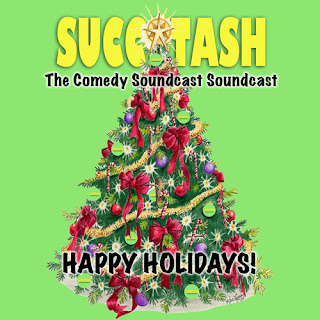 If you’re going to be doing any shopping for the holidays by way of Amazon, please do use the Amazon banner at the top of the http://SuccotashShow.com homesite – when you access their site through our site, we get a tasty little morsel of a kickback, and that money helps to cover the production costs of this show. If you’re not in a buying mood, visit out homesite anyway and just click the Donate button. Every penny you donate goes to offset the production costs and upkeep for this soundcast.

And that, my friend, is that. Succotash Chats Epi144 is just another piece of soundcast history now. Hopefully we’ll have another installment dropping before Christmas but, just in case we don’t, have a very merry one and don’t forget to pass the Succotash!