Oh, yes, it’s me, Marc Hershon. Your host and benign growth for Epi119 of Succotash, the Comedy Podcast Podcast. And finally we have a Succotash Chats episode for you! 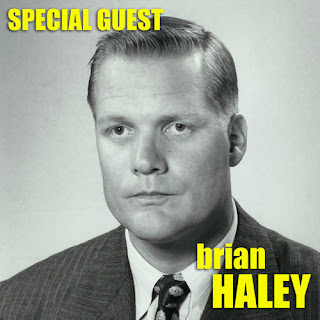 Our special guest this episode is actor/comedian Brian Haley, a guy I’ve known for 30 years, dating back to when I used to run the Comedy Underground club in Seattle. As you’ll hear in this interview, he quickly leapt from the standup stage to roles on television and in the movies, and he talk about his regret at not spending more time in the comedy realm.

We talk about some of the roles you’d know Brian from, including the season he did on NBC’s Wings, the Coen Brothers’ The Man Who Wasn’t There, the film Always, directed by Steven Spielberg, Baby’s Day Out, which made him a huge star in India of all places, and more.

But Succotash IS a podcast about other podcasts, primarily comedy-based but when there’s a comedian involved somewhere in the mix, that pretty much makes any podcast a comedy podcast, right? And Brian has a role in a new podcast being produced by GE of all people, something called The Message. I’m fascinated by it, and we talk about that show and Brian’s role in it. We’ll give a listen to a clip from The Message as well. 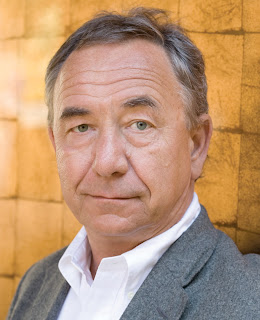 In addition to our chat with Brian Haley, we have a double dose of our Burst O’ Durst segment with political comedian and social commentator Will Durst. We also have a Henderson’s Pants ad, we’ll take a gander into the Tweetsack, AND we have a new acapella song by our friend Abner Serd, a sweet ditty about Autumn, which we’ll play at the end of the show.

I wanted to take a moment to thank those of you who have been using the Amazon banner at the top of our homesite, at http://SuccotashShow.com, to do your shopping at Amazon.com. Every time you do that, we get a little taste off the top of your purchase at no extra cost to you. And lately we’ve been getting a nice tidy direct deposit from Amazon into the Succotash coffers, which is helping to defray the costs of producing this show.

The other thing that helps us out is when you take the time to rate and review Succotash on iTunes. I wanted to give a shout out to Rick from the Ice and The Face podcast and also CEO Pistol Petey for posting a couple of lovely 5-star reviews! Thank you guys very much.

We’ll be back really soon with a Succotash Clips episode, with soundbites from a whole bunch of comedy podcasts. In the meantime, let your friends know about us and we’ll cheerfully thank YOU for passing the Succotash!